If we’re being honest, CourseHero and Chegg both have pretty sucky search engines (CourseHero more so than Chegg). That’s why you’re much better off using Google. However, often Google will show you sketchy download sites that aren’t reliable at all or try to get you to download viruses. Now, you can cut your search time down and stop worrying about the reliability of your information! This custom search engine will show only the most relevant information from reliable sites that I can unlock for you! Save time, money, and hassle with this addition and then buy unblurs from me here.

Since we have moved to Stripe credit card processing and now require card details, I am making this post to hopefully put new customers at ease. Stripe will process all of your credit card details and we, nor anyone but Stripe, will have access to your card details. But, since this is a company that many have not heard of, I will prove Stripe’s trustworthiness.

Many large companies use Stripe. Some examples are Reddit and Lyft. There’s also a lot of major nonprofits such as Unicef, NPR, Habitat for Humanity, and Kahn Academy. Since these organizations trust stripe, I feel like I can confidently trust them too.

Stripe is also dedicated to the security of your payments. To get technical, all card numbers are encrypted at rest with AES-256. Decryption keys are stored on separate machines. None of Stripe’s internal servers and daemons are able to obtain plaintext card numbers; instead, they can just request that cards be sent to a service provider on a static whitelist. Stripe’s infrastructure for storing, decrypting, and transmitting card numbers runs in separate hosting infrastructure, and doesn’t share any credentials with Stripe’s primary services (API, website, etc.). These standards make Stripe extremely secure. In fact, Stripe is a PCI Service Provider Level 1 which is the highest grade of payment processing security.

To summarize, Stripe handles all your payments safely and securely. I never see your credit card information, so even if you don’t trust me (though you should), you don’t have to. All you have to trust is Stripe, one of the most reputable payment processors out there.

Here are major changes that affect all my customers:

Unfortunately, Amazon and I had to terminate our relationship. Once I was receiving too much money, they decided to ban me from the platform outright.  Their customer service was no help. Sending a chat or an email would lead me to be told to call. A call would direct me to reach out to email. And it went back and forth without a solution. In total, I lost money last month.

Since the automatic unlocker relied on Amazon payments, it currently is not operational. It will take quite a bit of work to bring it back with our new payment processor: Stripe. Lots of companies use Stripe, including Reddit, Lyft, Udemy, and many more. Stripe will handle all the payment details, so I will never see your credit card details.  While Stripe may be more convenient and faster, it charges substantially more fees. Every transaction costs me 30 cents plus 2.9%. There are also other fees that I may have to pay, depending on volume, payout type, etc. Thus, I’ve had to increase my prices. Just to integrate Stripe to my website costs several hundred dollars a year. Hopefully, I’ll be able to return to my old pricing model, but it is unlikely.

CourseHero has been making it tougher and tougher for students to access documents and get answers without paying. So much so that you can’t even preview parts of a file more than 3 times a month. Even scummier, they advertise a price of $9.95 to view it, but the truth is the minimum charge is $40.  So why pay $40 for something you can get for free?

The video below shows precisely how to circumvent CourseHero’s tyranny. All you have to do is clear your cookies for the site when the message pops up and reload. Don’t believe me? Click play!

Unfortunately, this method only works for previews. If you need to access the full document, you’re still going to want to buy from me. Only $1.50 for the full unblurred CourseHero document!

It’s with a heavy heart that I have to say Reddit suspended my account, False1512, permanently. Unfortunately, I will not be able to reach as many students because of this, but I will continue to offer my services. For a full explanation, please keep reading. If you’re not very familiar with Reddit, some terminology may seem foreign and that’s okay, Google is your friend!

Please note that I did not get an official explanation from Reddit, so report on this is the best explanation from the facts I know to be true or have been reported from trustworthy, but not official sources. So any analysis on reasoning is educated conjecture, but may not be the true reason. If Reddit ever responds to my requests, I will surely update this post.

Firstly, Reddit did not like my account. We all know that large social networks do censor their users to preserve their image. It is well within their legal right and in some cases justifiable (i.e. hate speech). Other times, it can be more of a grey area depending on your views, cultural perception, experiences, etc. This happened to Alex Jones. In my case, I had advocated for communities to toggle NSFW in order to cut Reddit out of some ad revenue according to their policy. This was to solve the problem of ‘promoted’ posts that look very similar to real content which is a horrible thing for a website to do.

Second, I had received a temporary suspension before. The reason was totally unrelated to my permanent one, but it does count as a strike against me. For a research project I was doing for someone, I constructed 30 bot accounts and a separate subreddit and followed all the rules of Reddit’s security team. I set out to prove how easy it was to manipulate other users temporarily by using “influencer’s.” To prevent real harm, I made the subreddit private and only allowed view access to a focus group. Unfortunately, Reddit’s inquiry team (who I informed of the experiment) did not communicate with the security team. However, once I verified all the info with the security team, they unsuspended me before my temporary suspension was even over. I do not know if this contributed at all to the permanent one, but it may have.

Thirdly, I had received many DMCA (Digital Media Copyright Act) requests from Chegg to remove my content from Reddit. Even though Chegg’s legal standing was very iffy, Reddit removed the content out of Liticaphobia (fear of lawsuits). It’s very reasonable as a large company. Google, Facebook, etc. all have similarly overly-cautious processes. At least a dozen of my posts were taken down which I believe was another strike on my record.

Finally, Reddit did not like a post I approved on one of my subreddits (r/redditbay was a fantastic sub but I’m not sure about the direction it is heading in now). Reddit sent modmail to my sub warning me that approving a post selling likes and followers on Instagram. I would’ve happily removed the post at their request because it is their website after all. However, I was extremely ill at the time and had no capability of using a phone, tablet, computer, or any other device in my condition. Once I got back to healthy enough, I worked from the hospital bed to appease my customers and before I had a chance to look through modmail, I was suspended. According to another moderator of the subreddit, they threatened to suspend me over it. And later, they did.

I can help you save money on Coursehero fast. Buy here. 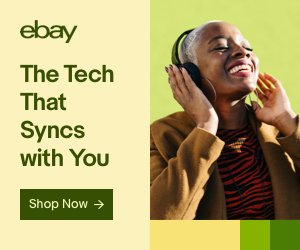